Chilling True Stories From The Frontlines Of The Battle Against ISIS

“A harrowing look inside war that explores the experiences and psychology of the perpetrators, innocents, victims, and heroes. This account is not written by some safe and distant theorist, but by someone who was actually there. Read it. Remember it.” Jocko Willink, retired Navy SEAL and multiple New York Times best-selling author

Journalist Hollie S. McKay offers a raw, on-the-ground journey chronicling the rise of ISIS in Iraq—exposing the group’s vast impact, and how and why it sought to wage terror on civilians in a desperate attempt to create an antiquated “caliphate.”

Through her detailed and intense writing, Hollie brings us onto the battlefield with her. We can feel the impact of explosions. We can hear sniper rounds being fired. We can see the rubbled buildings and war-torn streets. We can smell blood, fire and death.

She lets us listen in on her conversations. We talk with ISIS sympathizers who murdered on behalf of their twisted caliphate. Hollie introduces us to the vile miscreants that traveled from first-world countries to fight for this wretched nightmare of a state controlled by Islamic extremists. Hollie allows us to see the difference between those who willing volunteer as ISIS fighters and people––such as a fourteen-year-old child soldier––indoctrinated and brainwashed into doing ISIS’s sinister bidding on the battlefield. Through her interviews, we see the face of evil.

But Hollie also introduces us to heroes. We meet the soldiers that take the fight to the enemy, including the “Black Devils,” a name given by the opposition, who ruthlessly hunted down and killed ISIS fighters. Perhaps serving an even worse fate to ISIS are the female Kurdish soldiers who hunt and kill insurgents. Their efforts deliver the insult of an afterlife without paradise for the fanatical enemy fighters, who believe death at the hands of a woman precludes them from that so-called paradise.

First Year Of ISIS: 2014 – America, The Savior
Among the First to Flee
Be Grateful. Be Alive.
Fish from Mosul Dam
Haunted by Halabja
That War Still Kills
The Faces of Evil
A Star-Spangled Love

Second Year of ISIS: 2015 – The Ferris Wheels Don’t Turn
A Tent Called Home
The Help
The Battle to be Born
Don’t Forget Us
Under Heavy Guard
Bullets, Not Boots
A Pop Princess Under Fire

Third Year of ISIS: 2016 – Halo Around The Moon
Bombs Away
Family of Villains
Halo Around the Moon
Sun Ladies
Females at the Front
Life as a Sex Slave
Freed Fallujah
The Black Devils
Prison Break
Drugged-Up Children
The Boy Who Got Away
A Special Registry
The Day They Came
Democracy Has Failed
Through the Triangle of Death
These Were the Ordinary
Mosul Operation Ready
Ladies First
And Then They Burned the Babies
God Sees Everyone
Jews Come Out of Hiding
Thieves of Fortune
Families of the Frontlines
Do Not Pity Them
Sleepers Ignite in Kirkuk
Just Ash and Bones
A Victory for Genocide
A Special Clinic
The Chemical Capital
ISIS Took Them from the Curves
To the Gates of Sharfuddin
The Price You Can’t Pay
The Waiting List
Rescued from Hell
A Caliphate Cub
Executing ‘Spies’
Which Civilians to Trust?
Everyone Wants a Piece of Mosul
Smuggling Into Iran
The Lost Boys of ISIS
Females of the Caliphate
Westerners Among the Ranks
Where in the World is Baghdadi?
Retreat to Raqqa
Life In-Between

Fourth Year of ISIS: 2017 – Lord Come Soon
The Last Stand
Files of the Dead
Demanding Answers
Mosul Burns, Hawija Starves
ISIS Still Stealing, Spilling, and Smuggling Oil
A Caliphate in Tatters
In the Slums of Sadr City
ISIS Cursed, Mocked in Mosul’s Haunted Wasteland
Where in the World is Baghdadi? 2.0
Inside Iraq’s Biggest Potential Weapon of Mass Destruction
To Stay, or to Go Again
Iran-Backed Fighters Vow to Drive out U.S. Troops
The Kurdish Question
The Other Slaves of ISIS
Life After: Christians Fear Home
Farewell to the Olive Groves
Iran’s Quiet Infiltration over of Iraq’s Christian Communities
Last Christmas

Fifth Year of ISIS: 2018 – The Dead Can’t Hurt You
Victim or Threat?
ISIS Wives: Infighting, Jealousy –— and Regrets
U.S. for the Long Haul?
Targeting the Last Stronghold
Ancient Christian Ruins Discovered under ISIS Territory
Isis Fighter’s Warning to the World
U.S. Forces Lurking in Syria
Where in the World is Baghdadi? 3.0
Inside Raqqa: From ISIS Caliphate to Crumpled City Littered with Landmines and Loss
Under Threat and Homeless, Victims Return to the Camps
Iran Aims to be King of the Hill
Enslaved in Turkey
Only the Living

Australian-born journalist Hollie S. McKay been an investigative and international affairs/war reporter with a specialized focus on terrorism, and crimes against humanity.

Her globally-spanned coverage has included exclusive and detailed interviews with numerous captured terrorists, as well as high-ranking government, military, and intelligence officials from all sides. She has spent time embedded with US and foreign troops, conducted extensive interviews with survivors of torture, sex slavery and forced child jihadist training recruits, refugees, and internally displaced people to communicate the complexities of such catastrophes on local populations.

Be the first to review “Only Cry for the Living: Memos From Inside the ISIS Battlefield” Cancel reply The ABCs Of Reloading, 10th Edition 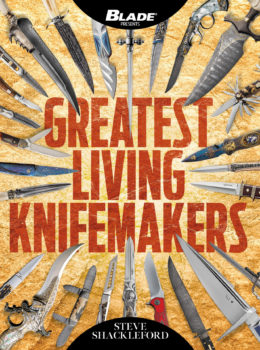 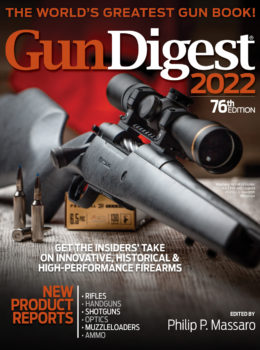 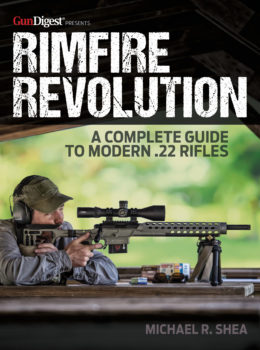 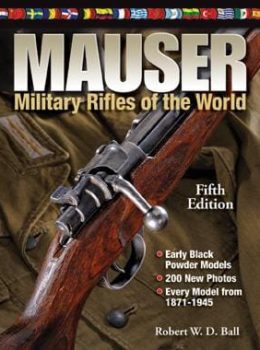