Learn all about Ruger firearms, from its history and models, to identification and grading details, for 300+ models. Full color!

Based on the number of firearms produced, Ruger is the largest gun company in the United States. Standard Catalog of Ruger Firearms by Jerry Lee profiles the prominent company and its many products, and is the perfect addition to the venerated Standard Catalog series.

Delve into the history of Ruger over its 65 years of existence, and peruse graphs and charts depicting timelines of various firearms models and historic Ruger events. Learn about different models through the eyes of others who appreciate the Ruger brand with articles written by popular gun writers who discuss their favorite Rugers.

In addition to historical information on the company, learn more about the different models Ruger has manufactured with photos, descriptions, and specifications that help in identifying over 100 models, plus dozens of model variations. Find serial numbers for models produced between 1949 and 2013, and get up-to-date values of all Ruger models with pricing in six condition grades.

Whether you’re interested in gaining historical insight on the company, or need gun values for your interest in buying, selling, collecting, or trading Ruger firearms, this comprehensive guide has it all!

A Word From The Author

“From the first .22 pistol 65 years ago to the almost 200 firearms in the latest catalog, the company has offered a gun for every need for the average shooter.” —Jerry Lee

Jerry Lee has been the editor of the Gun Digest annual for the past several years, and this is his 3rd edition of the Standard Catalog of Firearms. He has also edited some of the leading magazines in the industry, including Guns, Petersen’s Handguns and Rifle Shooter. 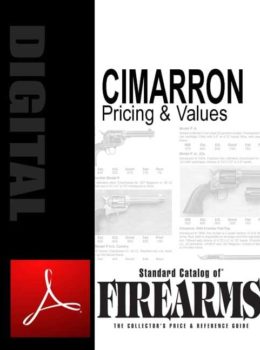