Best of Gun Digest: Handguns & Handgun Shooting Annual is a must have for handgun collectors and enthusiasts of expert articles from the greatest gun book!

From the revolvers that won the old west to modern semiautomatic pistols for self defense, there are few firearms as celebrated as the handgun. And for the first time, Gun Digest is ready to tell this its story in Best of Gun Digest: Handguns & Handgun Shooting. Drawing upon 70 years of expert gun writing from the Gun Digest annual, this volume explores the history, advancement and mystique of this indispensible tool. The 15 in-depth articles in the book study all aspects of modern and historic handguns, covering their roles in the firearms world, whether as a military sidearms, law-enforcement pistols or semi-autos meant for home defense. Quite simply, if it’s about a pistol or revolver, it’s in this book.

Masterfully assembled by avid shooter and accomplished gun writer David Maccar, Best of Gun Digest: Handguns & Handgun Shooting offers something for every shooter. Discover why the .44 Special is entering its second century. Find out the best options for handgun hunting. Even go back and learn about the pistols that graced the dueling fields from the days of yore. Whether you are just entering the world of handguns or have dropped the hammer on many, you’re certain to find something to entertain and inform you in this book.

About the Editor:
David Maccar is an avid tactical and target shooter, as well as a hunter and collector of firearms and knives. He has worked for numerous news outlets and previously worked as an editor for Field & Stream and SHOT Business magazines. He now works as a freelance writer and editor for several firearms publication.

Contents
Introduction
The Good Old Days: 60 Years of Six Guns
A Tale of Three Outdoorsmen
About Dueling & Dueling Pistols — Throwning Down a Gauntlet
Smith & Wesson M&P Pistol for USPCA
The Double-Action Revolver for Concealed Carry
The Return of the Krieghoff Luger
The 357 Magnum — A Twentieth Century Handgun and Cartridge
Fill Your Hand! The Best of the Biggest Revolvers
The Mossberg Brownie 1919-1932
Military Handguns of Imperial Japan
Oddballs — Why We Love ‘Em
Six Decades of Automatic Pistols
The .44 Special Begins Its Second Century
The Colt 1911 — The First Century
The Colt Official Police and S&W Military & Police 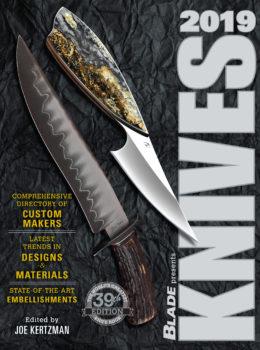 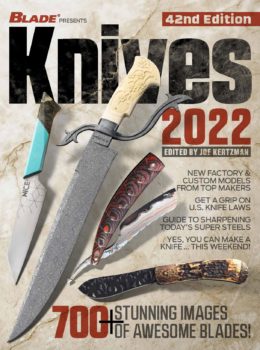 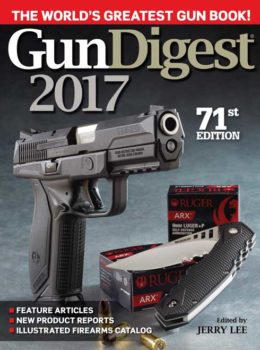