Are you thinking that getting a gun may be the sensible response to the danger of violence against you and your family? If so, you’re among thousands of other American women who recognize that when danger is immediate, only the individual threatened can take the actions necessary to protect self and family.

Concealed Carry for Women helps women understand the basics in mindset, skill, and equipment for successful self-defense. This concealed carry guide is a great resource for women who own a gun, as well as those who are interested in obtaining one. Discover challenges unique to women, the best types of revolvers and semi-automatic pistols for women, and fashions that work well for women with concealed carry handguns.

Women can tip the scales in their favor with this brand-new guide. Learn not only how to carry, but how to carry with confidence!

“Over the 18 years I’ve hosted Tom Gresham’s Gun Talk radio show, I’ve taken calls from women all over the country, asking questions about whether it’s smart to get a gun, what kind of gun to get, how to carry and the issues particular to women who carry.

“In Concealed Carry for Women, Gila Hayes covers the basics of handgun and equipment choices and techniques of shooting. She also addresses issues unique to women. Should I? Why? Can I? How do I? What if? What will people think? How can I carry a defensive handgun and still dress like a woman?

“Concealed Carry for Women is an easy read of a serious subject. With nearly every turn of the page there is an ‘I never thought of that’ nugget. This is a work you will reread several times, getting more with each visit.”

Gila Hayes has been a staff instructor for the Firearms Academy of Seattle since 1993, teaching gun safety and armed self-defense in the handgun and shotgun programs. She served as a reserve police officer between 1997 and 2007, primarily tasked with providing firearms training. Hayes is one of three founding leaders of the Armed Citizens’ Legal Defense Network, Inc., a membership organization formed for the legal protection of Network members after using deadly force in self-defense. 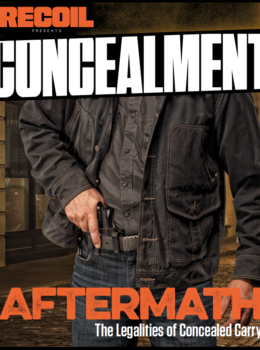 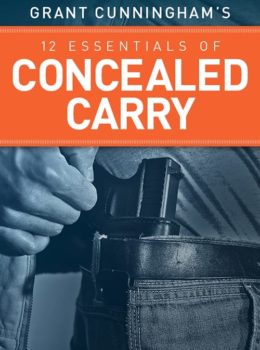