Now Back In Print!

An in-depth study of the 1970 Newhall shooting, Newhall Shooting: A Tactical Analysis details the watershed event in which four California Highway Patrolmen were slain. The tragic shooting spurred radical changes in law enforcement training and procedures throughout the nation.

This resource offers analysis and the “lessons learned, exploring ways in which modern self-defense training can be improved so that the sacrifices of these valiant officers were not in vain.

Who Is This Book For?

A Word From the Author

“For the first time, the reader will be treated to a detailed analysis of the tactics and procedures used by officers and criminals in the fight. This makes the book unique in the field, because the only other books on the subject have not focused on this area.””— Michael E. Wood

Meanwhile, Officer Gore turned away from the suspect he was searching, drew his revolver, and fired a single round of Remington-Peters .357 Magnum ammunition at Twining across the deck lid of the car. The shot went wide and missed Twining, striking the right rear window of a Ford Mustang parked in the restaurant parking lot and exiting out the rear window.

With Officer Gore focused on the threat across the car, Davis had the opportunity to push back from the car, spin to his right, and pull a 2” Smith & Wesson Model 38 Bodyguard Airweight .38 Special revolver from his waistband (the same gun he had used to threaten the Tidwell’s, earlier). Davis shot the distracted officer twice in the chest at arm’s length, the bullets traveling from left front to right back. Like his hapless partner, academy classmate, and childhood friend, Officer Frago, Officer Gore was dead before he hit the ground.

As the son of a California Highway Patrolman who was a contemporary of the slain officers in the famed 1970 Newhall shooting, Michael E. Wood grew up hearing about the event and its influence on the CHP and law enforcement community. That experience led to his authoring Newhall Shooting: A Tactical Analysis arguably the most thoroughly researched and documented account of the shooting to date. He is a lifelong shooter and student of armed self-defense and a graduate of civilian self-defense training schools, including the Lethal Force Institute and The HALO Group. Wood is a military officer and pilot with 22 years of experience in operational environments, including combat operations, and is accustomed to analyzing events and deriving “lessons learned” for application in training and programs. He has been an Instructor Pilot in the U.S. Air Force for over 15 years, and a graduate of a Federal Law Enforcement Training Center (FLETC) program.

Be the first to review “Newhall Shooting: A Tactical Analysis” Cancel reply 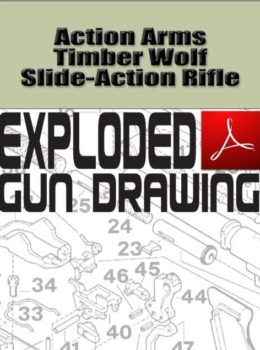