AK-47: Survival and Evolution of the World’s Most Prolific Gun AK-47: Survival and Evolution of the World’s Most Prolific Gun

Dominating the 20th Century battlefield and beyond, the AK-47 is arguably the world’s most influential rifle. Now you can discover how the elegantly simple weapon beat the odds to become the legend it is today in AK-47: Survival and Evolution of the World’s Most Prolific Gun.

Written by former Soviet Spetsnaz soldier and avid AK historian Marco Vorobiev, and appealing from both an historic and practical point of view, this authoritative guide will catch the attention of gun collectors and enthusiasts everywhere, especially those who collect and/or shoot AKs and other military rifles.

The Complete History Of One Of The World’s Most Iconic Guns!

Dominating the 20th Century battlefield and beyond, the AK-47 is arguably the world’s most influential rifle. Now you can discover how the elegantly simple weapon beat the odds to become the legend it is today in AK-47: Survival and Evolution of the World’s Most Prolific Gun. Former Soviet Spetsnaz soldier Marco Vorobiev details the rich history of the rifle, its design and dissemination across the globe, and how it survived both inside political pressures and constant competition from newer firearms designs in this definitive volume.

Masterfully told, Vorobiev weaves a spellbinding tale about the rifle and its development, not only appealing to AK-47 buffs and shooters, but also anyone remotely interested in firearms history and design. Not only do readers discover the advantages the rifle gave the common soldiers armed with it, but the modern upgrades that continue to make the tried-and-true Kalashnikov the among the most formidable weapons systems available today.

AK-47: Survival and Evolution of the World’s Most Prolific Gun is the definitive reference on the rifle. No shooter, collector or enthusiast’s library is complete without the guide.

What sets this book apart

-Historical insights and fact about the AK-47 and its variants.
-Mechanical details about the AKM, AK-47, RPK and other guns.
-Step-by-step modernization guide and real-life projects.
-Sources for AK components.

The Inception
Why Kalashnikov
First Models
First Modifications
Warsaw Pact
AK-47 Licensing
Modern Military needs Modern Rifles. Enter the AKM
AKM Licensing and “Illegal” Copies
Enter the RPK: Byproduct of the AK Evolution
Their Bullets are Flying Faster
AK-74 and the “Familia”
Licensed and Unlicensed AK-74 Clones
No More Super Power
Where Did All the Money Go?
Tough 1990s
AK-74M and 100 Series
What’s on Co-Worker’s Desk?
The Redheaded Step-Cousin: AK-107 and Its Siblings
If You Got It, Use It: The 9MM AK
U.S. AK Market
Falling Behind Times
Accessories: U.S. Companies Drive the AK Evolution
Attempt to “Tacticool”: The AK-200
Russians are Watching and Israelis are Helping
AK Evolution Continues to Produce Subspecies
AK-12 as AK-74M Replacement
Not Too Fast
Not Your Dad’s AK
What Would the Russians Do Next?
AK-12: The Final?

Be the first to review “AK-47: Survival and Evolution of the World’s Most Prolific Gun” Cancel reply 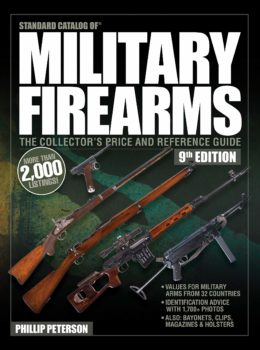 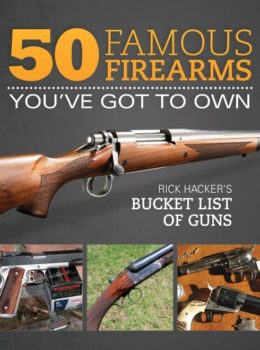 50 Famous Firearms You’ve Got to Own